Happier is a song by English singer-songwriter Ed Sheeran.

It was released as a single on March 23, 2017. The song peaked at number six on the UK Singles Chart and number eight on the US Billboard Hot 100.

“Happier” is a song by British singer-songwriter Ed Sheeran. The lyrics were penned by Sheeran, Ryan Tedder, and Benny Blanco. It was included in his third studio album, which was released in 2017 (2017). Following the album’s release, it reached number 6 on the UK Singles Chart. 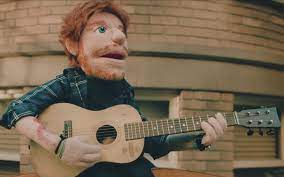 The song’s subject, according to Sheeran, is about looking back at an early relationship and realizing that his first love was happier with someone else. “I remember the first girl I was with—the first and most of the second album is about her—that I was with from school,” he added.

The song, entitled “Happier,” was written in the key of C major with a tempo of 90 beats per minute. The song was composed in common time.

https://freemididownload.com/product/ed-sheeran-happier-midi/
Once the file has been downloaded, you can then open it in your preferred music software program and begin working on your own rendition of this popular song.
So what are you waiting for? Download Ed Sheeran