Overview of the Song:

“Viva la Vida” is a song by Coldplay, written by all members of the group for their fourth album, Viva la Vida (2008). The lyrics to the song contain historical and Christian motifs, and the track is based on a repeating string section in unison with a digitally processed piano, with additional layers being added as the song progresses.

On 13 June 2008, “Viva la Vida” was released as the album’s second single, debuting to rave reviews and commercial success. “Viva la Vida” topped the UK Singles Chart and Billboard Hot 100, becoming Coldplay’s first number-one song in both the United States and the United Kingdom. The song received the Grammy Award for Song of the Year at the 51st Annual Grammy Awards in 2009 and has sold over 9.44 million copies worldwide.

Hype Williams was responsible for the music video for “Viva la Vida,” which premiered on Coldplay’s official website on August 1, 2008. [21] The video shows the band performing against a blurry, warping variation of Eugène Delacroix’s painting La Liberté Guidant le Peuple at the end, after which the members crumble into rose petals.

You are just a few steps away from music. Music is a way to feel things deeply and from “Viva la Vida” you can really feel the meaning of life, death, and rebirth. So, just check out the songs on the website and listen to them. More songs are available for free. Go and download the music of your favorite choice Free Midi download. 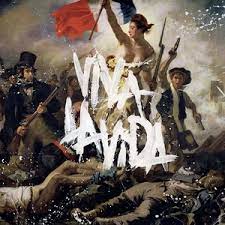